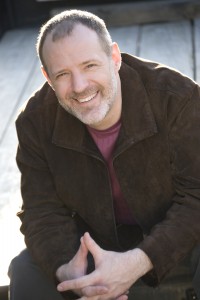 Marc Preston has spent over twenty-five years as a successful voice talent and actor.  He is currently heard around the world as the promo voice of a number of broadcast networks, stations and streaming platforms.  He can also be heard narrating television programming, as well as voicing advertising campaigns for marquee brands.

Marc’s journey began as child, when he appeared in an ABC Movie of The Week.  The opportunity to be on the set and experience the “magic” of the production process was a unique catalyst.  It stoked an evolving intrigue in what would become a lifelong passion for performance.  Marc was also entranced by radio as a child.  There was something captivating about the theater of the mind that was radio.  This intrigue would set the stage for events years later in his life. 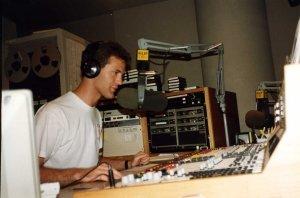 At seventeen years old, Marc got his first shot at turning on the microphone at a radio station in his home town of Dallas, Texas.  From there, Marc enjoyed a successful career in radio that took him to markets such as New Orleans and Los Angeles.  He also enjoyed more than one stint as a nationally syndicated radio host on the ABC Radio Networks.  During his years working as a radio personality, he immersed himself into every situation he could to develop his skills as a voice talent and actor.  Though he was fortunate to achieve a tremendous amount of success in broadcasting, he left the air a number of years ago to focus on an already successful career in voiceover and acting.

Marc considers himself fortunate to have enjoyed his success and the opportunities it has afforded him.  It is because of this that he finds joy in sharing his knowledge, love and passion for the craft of voiceover.  For over seventeen years, he has coached and consulted a wide array of students from around the world…ranging from those fresh to the world of performance, to notable film and television actors with years of on-camera experience.  He has developed a thorough and relatable approach to revealing and developing his students’ individual skills.  His bespoke approach is designed to build a foundational understanding of the craft, reveal and foster the unique capabilities and “brand” that each student brings to their performance, as well as how to continually grow and adapt in this dynamic industry.

Not only does Marc work with students from around the world via video conference.  He also travels far and wide to conduct one and two day group intensives.  He is widely recognized as an influencer within the voiceover ecosystem.  He is the founder the one-of-a-kind online portal for VO talent (www.thevoiceovercommunity.com), as well as it’s companion Facebook group, which is recognized as one of the largest and most active groups of its kind in the world.  His expertise has been recognized by the Society of Voice Arts and Sciences (SOVAS), as he is one of the select Jurors for the Voice Arts Awards, held each year at the Warner Brothers Studios in Hollywood. 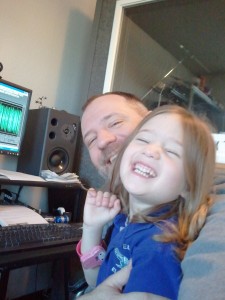 Marc enjoys the unique opportunity of spending extra time with his three young children while working from his home studio.  When they’re home, there’s usually at least one of them in his studio chair while he’s recording in the sound booth.

It has been a varied and intriguing career for Marc so far.  He considers himself fortunate to spend each day working with extremely talented and inspiring writers, producers, editors and directors from every arena of film and broadcast production.  For Marc, being able to go into the studio each day and “create” is a realization of a dream that began over thirty years ago.  To be able show his children that they can earn a living following their passions…enjoying the opportunity of challenging themselves daily, applying their talents and creating something of value…that’s success! If you’re curious what it’s like to work with Marc, see what people have to say on the Testimonials Page.